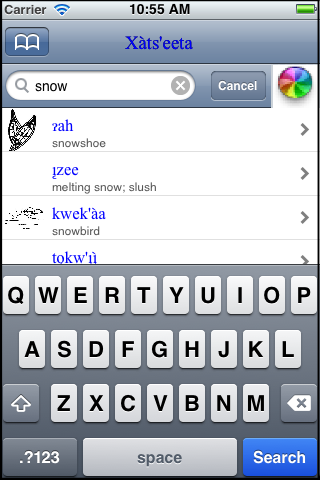 The Yati Aboriginal Dictionary App was created to help document and preserve the Indigenous Language spoken in the NWT. Since WIFI is often not an option in this region, it was felt that an iPhone App was the best option. We also made it compatible with iPods (the youth of this region all have these) as well as iPad compatible for use in their schools. The end result was a very well-received iOS App that was became part of the school curriculum and was also noticed by the CBC, who featured it in their “Top 5 Applications to Protect and Spread Canada’s Aboriginal Languages“.